Michael Lew is a filmmaker, new media artist, interactive media designer and producer working with all forms of the moving image. 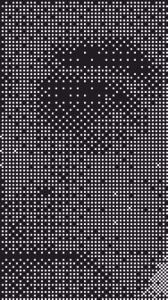 After graduating from EPFL in 2000 in electrical engineering, he worked as a Research Fellow at MIT Media Lab Europe, in interactive cinema, between 2000 and 2004, and then was a Visiting Scholar at USC School of Cinematic Arts between 2004 and 2007. He returned to Switzerland in 2007 to found his own design & production studio.

He now works as a consultant on visionary technologies for interactive media, film, performance and architecture, and has advised exceptional artists such as David Lynch, Peter Greenaway, Lars von Trier, and Marie Brassard, to name a few.

He has taught and lectured internationally on the topic of computational cinema (Canadian Film Centre – Toronto, American Film Institute Digital Content Lab – Los Angeles, Hochschule für Film und Fernsehen – München), and has received awards for his work in film and new technologies, such as the Logitech 2000 Innovation Award, and the FCMM Cyber-Loup 2003 Award.

He also has two start-up projects : MANGO, an authoring tool for interactive film, and Antichambre, a VOD platform for independent film.

Michael is currently co-chairman of OLPC.CH, the Swiss branch of the non-profit One Laptop Per Child Foundation. The aim of that NGO is to bring computing and filmmaking tools to all children of the world, even in rural and impoverished areas.