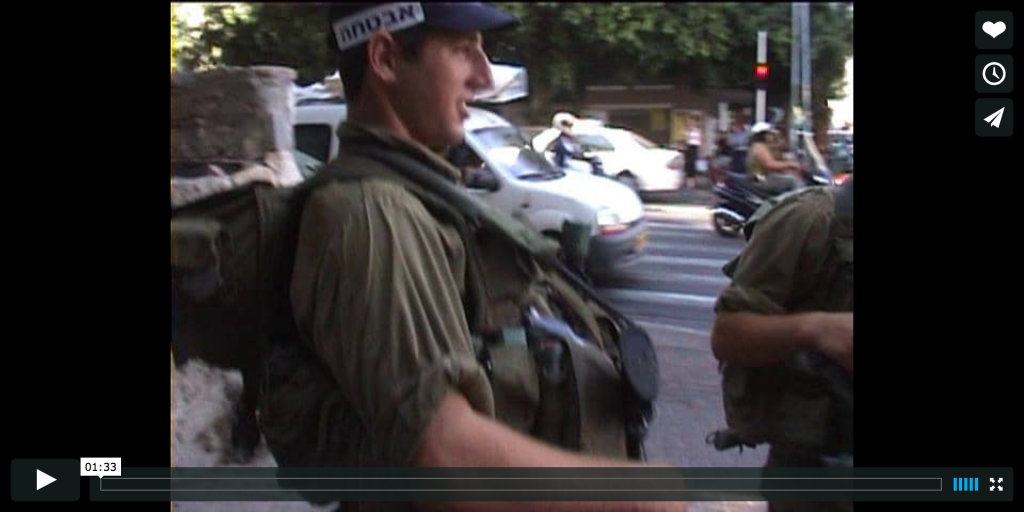 This video was shot on the shores of the Mediterranean sea in 2004 and is the second in a series which was initially supposed to be sent to Chantal Akerman for her documentary «Là-bas».

In Tel-Aviv, you will see smiling soldiers wearing the full army gear (here guarding a convention), and a few streets further, a ravishingly beautiful model wearing almost nothing, doing a last few poses after a photo session at the beach.

This video reminds us of the parallels between a camera and a gun. It questions the relationship between the person shooting and the person being shot.


Warning: file_get_contents(index.php): failed to open stream: No such file or directory in /nfs/c01/h05/mnt/8918/domains/levstudio.com/html/wp-includes/plugin.php on line 446